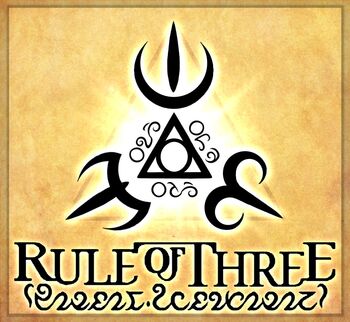 The world of Thal approaches the end of an age.

Thal is a planet disputed by jealous deities and arrogant cults. Its wellspring is the nature goddess Thalamme, nurturing mother of all life that abides on its surface. Shamharish is her solar consort, shining from afar, and their three children watch over mankind, united in the holy trinity of the Anhadhask.

But the Sons of the Sun do not go unchallenged. The once-mortal God King turns his eyes to the bastions of their worship, scheming to ascend above them, his throne alone upon the holy mountain. The Dark Lady has abandoned her lord and her makers, becoming a idol for the creatures of the nighted wilds.

The deathless gods are divided. Their avatars walk amongst mortal men, spurring them on towards the brink of inevitable war. Their ancient adversaries, once subdued and entombed and forgotten, now stir to test their age-old bonds. The omens are dire, and all the rulers of men sit uneasy on their thrones.

Whether by the scroll or the scimitar, the few upon whose wisdom rests the fate of Thal shall find themselves once again at odds. The wind is rising and the smell of summer lightning is on the air. The world waits with baited breath to see who will weather the new storm and who will be swept away.

The Rule of Three

The Anhadhask are the three chief deities of Thal, the patriarchs of the Netwar Thalad. Long ago, these brothers seized creation from their primordial parents and ushered in the epoch of human civilization, establishing the first language, the first laws and the first city from their sacred abode of Arat Net Akesh. All the ages of the world have opened and closed upon their momentous deeds, and their cults—both separate and united as a triad—are the most widespread of all faiths. 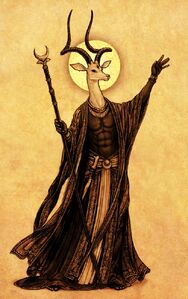 Anhurish the Dreaming God, elder brother of the Triad. Maker of dreams and teller of tales. All-seeing, all-knowing lord of the moon. 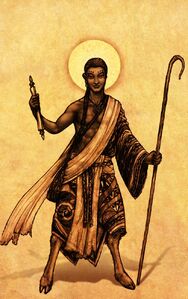 Adhaya, the Roaming God, middle brother of the Triad. Maker of laws and vessel of mercies. Divine pilgrim, healer of all ills.
Add a photo to this gallery
Retrieved from "https://ruleofthree.fandom.com/wiki/Rule_of_Three_Wiki?oldid=4145"
Community content is available under CC-BY-SA unless otherwise noted.